On a recent trip to Sun City we decided to drag ourselves away from the enormous breakfast spread at The Palace, forwent lazing by the pool with our book and sunning ourselves of the beautiful beach at Valley of the Waves, to explore the adventurous, and often unexplored and unknown, side of this popular South African holiday destination. We enjoyed amazing activities, designed to thrill and excite, that we bet half the holidaymakers never even knew existed. See what we got up to below:

Located within the Sun City Resort complex, Adrenaline Extreme offers a quadbiking experience that you would be hard-pressed to find elsewhere. The most enthusiastic guides I ever have ever had the pleasure of meeting introduced us to the course after an efficient safety briefing. After riding over multiple humps and bumps, round corners, dust fields and sand pits, we discovered why this quadbike adventure differs to any other. A host of obstacles greeted us at our next turn, the first being a monstrous tyre pit. The others eased on through but my cautious nature became my downfall as I got stuck due to the fact that I hadn’t picked up enough speed. With a little push from my trusty guide, I was up and over the tyres, with my own wheels wearily in the air, and on to the next obstacle.

What followed was a series of incredibly fun, and only slightly terrifying, adventures over twisting logs and verticle inclines until we came to the crème de la crème – an imposing see-saw contraption. The guides explained to us how to ride vertically up until you reach the ‘tipping point’, thereafter pumping the breaks and leaning back in our seats. They attached lines to our quadbikes for safety and we all made it down okay – some more gracefully than others – ending our epic quadbike adventure only a little disappointed we hadn’t decided to book one of their other crazy adventures which include drift trikes and a human slingshot!

The entrance to the Maze of the Lost City sits hidden in the Entertainment Centre but don’t simply pass it on by as you will miss out on a fantastic adventure! Added to Sun City in 2012 this incredible activity covers over half an acre and is the largest permanent maze in the Southern Hemisphere. Built from artificial stone its design perfectly blends into the aesthetic of the rest of the resort and is reminiscent of some ancient city on the hill. We entered the maze via a 100-metre long suspension bridge that moved ever so slightly with each step we took, increasing our trepidation and then we were in the maze and left to our own devices. 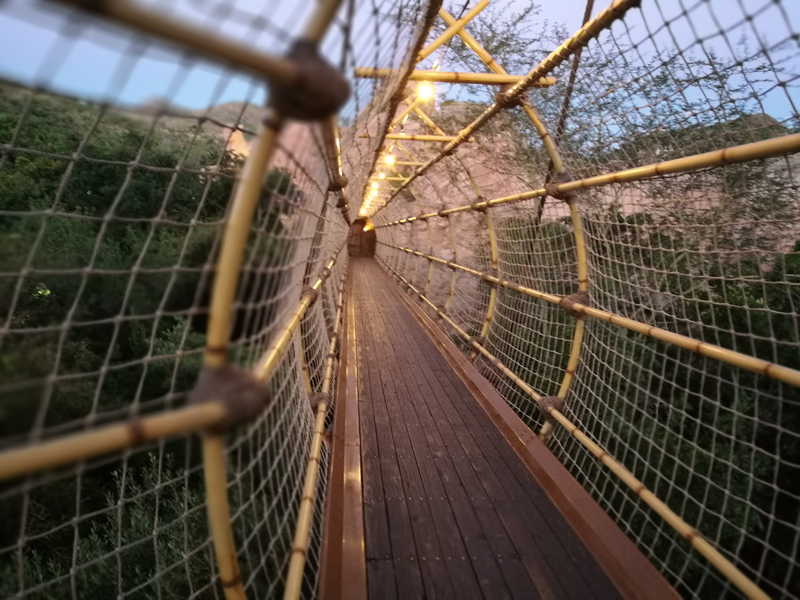 As a group we set a strategy with one clear leader, until they made a wrong turn, sacrificing their role to their next in line. A few mistakes and lots of laughs later we emerged at a fantastic boma bar area with spectacular views towards the Palace and the Valley of the Waves. Here we enjoyed a marvelous craft beer tasting, including some interesting ginger and cherry bear varieties before taking the quick by-pass route back – ready for our next adventure.

Not for the faint-hearted, the next thrilling activity at Zip2000 was one to write home about. This exciting zipline is one of the fastest, highest and longest in the world – setting off from the hill behind Sun City and landing on a teeny tiny speck in the distance. Strapped to my partner, my heart was racing as I looked down the mountain before me and the extreme slide I was about to travel down – face first! 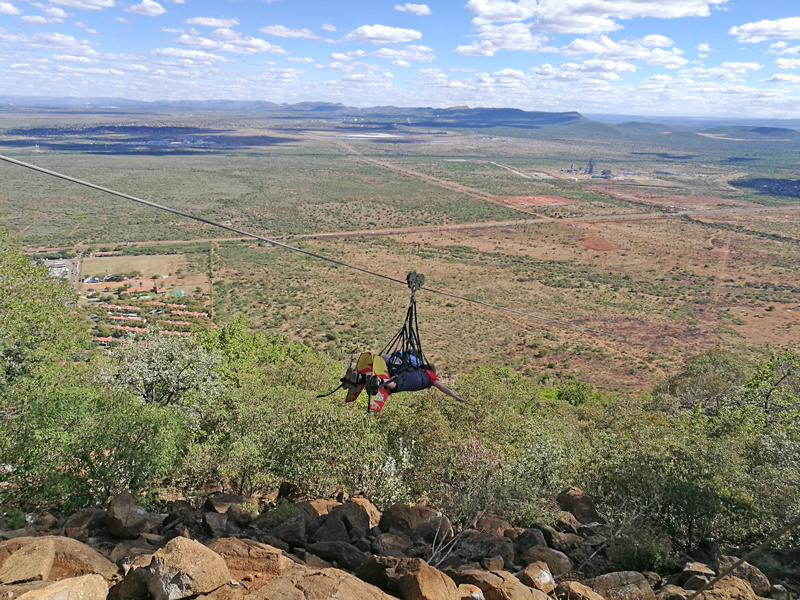 All harnessed in and bundled with multiple safety lines, a tail-fin between my legs, goggles on my face, and arms outstretched, I felt a little bit like the Wright Brothers – without the safety of a plane! But if you want to know what it flying feels like, this has got to be the closest you will come and a huge smile spread across my face as the wind whipped away my screams and the horizon stretched out endlessly before me. With an average speed of 120kms per hour, the ground approached quickly, where cold beers and solid ground were happily greeted. Over before I knew it, my only regret is that I couldn’t just hop back on and do it again! 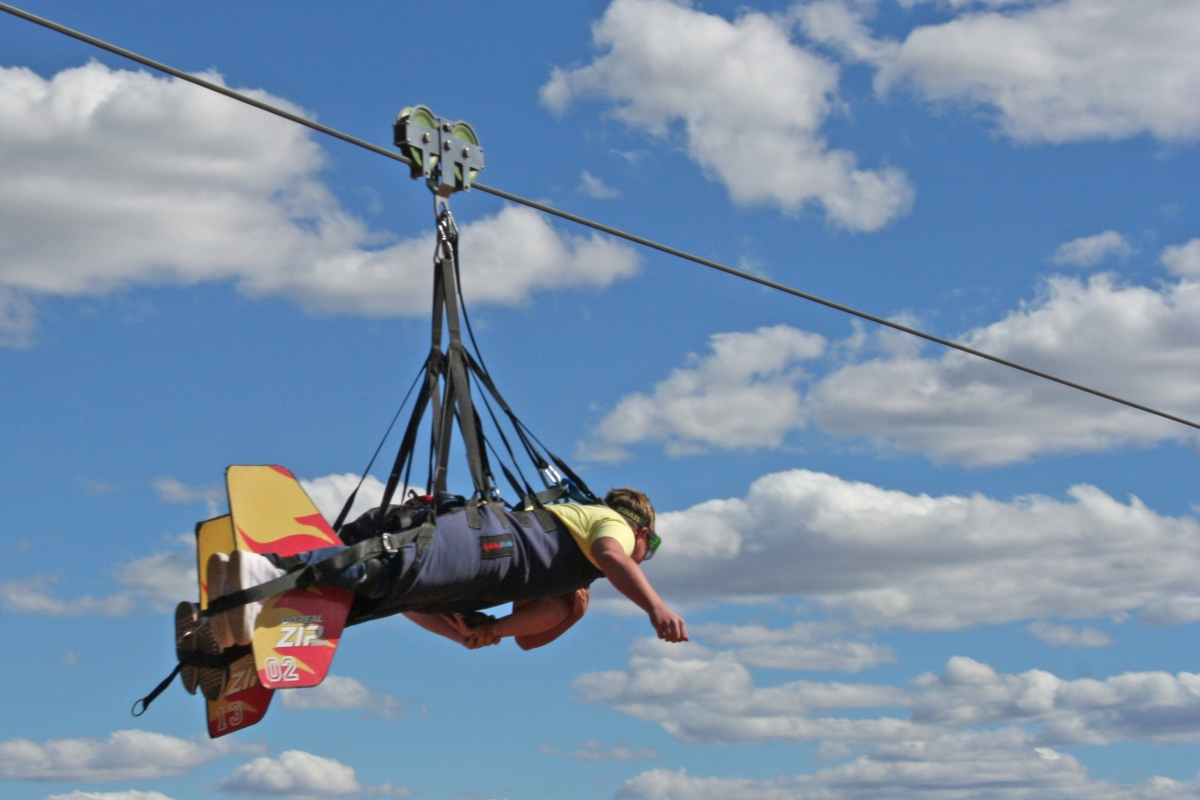 The next adventure was one the entire family could enjoy as we set off in our own vehicle to explore the majesty of the Pilanesberg Game Reserve. Within no time at all, we had ticked off sightings of zebra, giraffe, kudu, elephant, and lion and then came the most exciting of all. Shouts of “stop” and “cat” rung out inside our vehicle but by the time we had ground to a halt it was no where to be seen. A few metres on and the same enthusiastic exclamations echoed around the car and there, sure enough, was a little leopard playfully pouncing on something unseen. A few moments and then it was gone, seemingly not to return. So we headed off to a nearby hide, one of many in the reserve, each extremely well-taken care of and a pleasure to visit. But low and behold on our return, there sat not one, but two, leopards! As we watched the mommy leopard got up, ventured off into the bush, and returned with a kill for her cub.

Thrilled at our luck we watched the cats until they headed off into the thick brush and moved onto our accommodation for the night. Manyane Resort, and her sister, Bakgatla, provide affordable, comfortable accommodation for visitors to the Pilanesberg. With large swimming pools and fantastic on-site restaurants, these great resorts offer a whole range of facilities and accommodation offerings to suit any budget!

Valley of the Waves

Back to Sun City and our final adventure had to be at Valley of the Waves. The Temple of Courage, as well as the four milder tube and body slides, brought back a wash of memories from my childhood and plenty of squeals and laughter.

I was also excited, and a little nervous, to try out the two new rides on offer. The first one saw us shooting down into darkness in a double tube, only to pop up into a verticle slide and back to the safety of the pool. The second one, however, was a different story altogether. Standing in a glass enclosure, the most terrifying of all our adventure moments had to be the countdown before the floor simply gave way, shooting you down into a vehicle drop before up and over in the supertube. Its safe to say I was only brave enough to do it once but with new additions in the pipeline for Valley of the Waves, I can’t wait to return to Sun City to see what new adventures lie in store for me next! 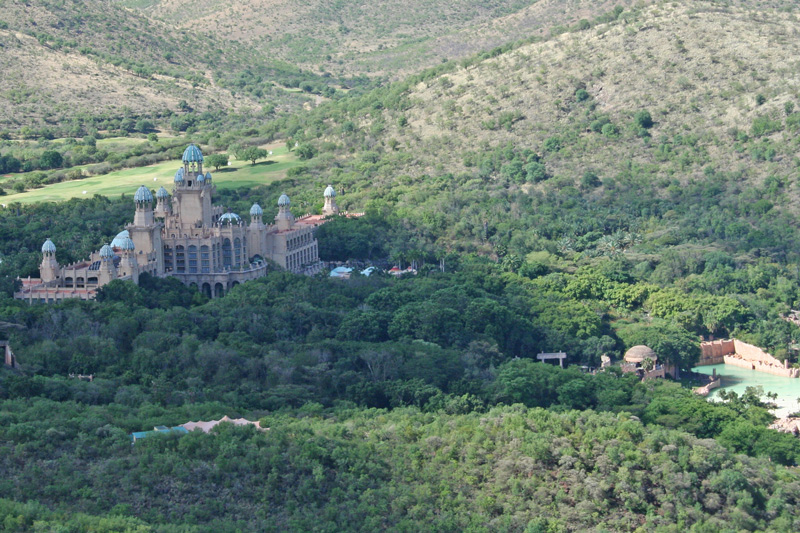